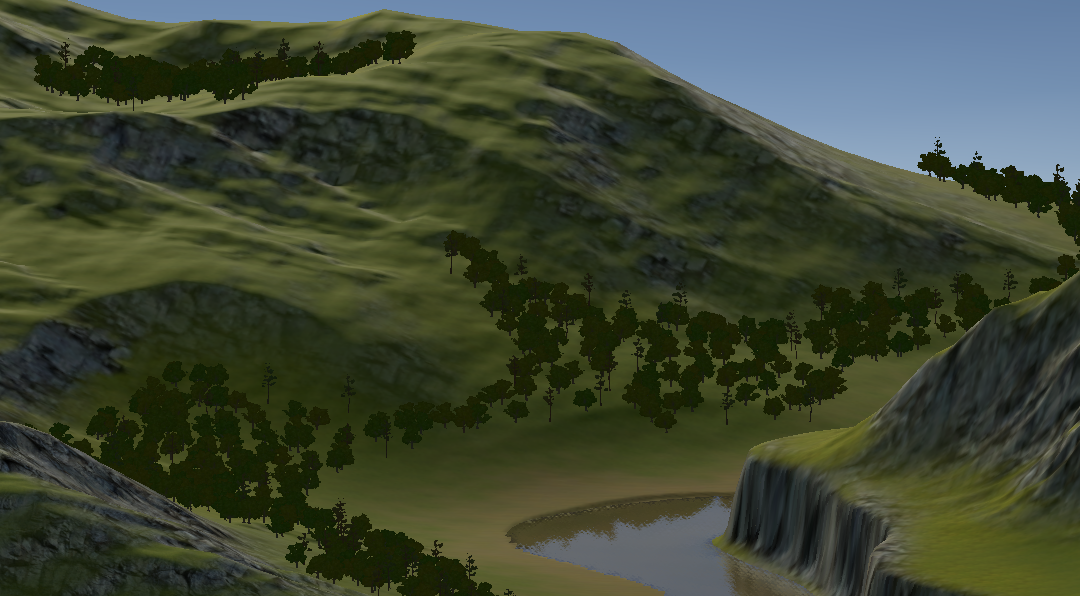 Terrain in Invasion Live is proving to be quite a challenge. This is because of scale. The ships that the player controls are huge, kind of like a fortress on wheels. Not a metaphorical fortress but more like an actual castle on wheels.

So I need a lot of space. I also need to be have long sight lines so that gun crews on the ship can actually take shots at approaching threats. So the terrain must look good from a distance and not use too much power.

What makes this difficult is that I’m planning on some fancy camera-work showing the gun crews and their targets up close. So the terrain also has to not look garbage close up.

The final issue is a lack of budget. My own artistic skills have their limits and I don’t have a ton of money to buy textures.

So those are the issues, now the action. I was initially planning on using Pro Builder which is a Unity tool for snapping levels together quickly. But somehow looking up this tool I ended up finding Unity had a new version of their terrain tools which is currently being previewed. So I decided to try it out.

Had a few issues but I’ve found I can sculpt terrain and make it look pretty good!

The other benefits of this system is that it very optimised so should be able to handle the large scale that I require.

So with a system in mind I went to look for a theme for the demo / starting levels of Invasion Live. Originally I was envisioning a grand canyon kinda vibe. Everything on the yellow to red spectrum with big pillars of rock obscuring baddies and a river to follow.

But when I was researching canyons and mesas I found a few pictures of Dartmoor, the Peak District and the Scottish Highlands and it threw me off course. So for now I’ve decided to start with a British highland palette with a lot of lush greens, bracken and grey granite rocks.

More desert-like mesas and canyons are not off the cards, but they’re going to happen later.

So this is what I’ve ended up with after a couple of days or research, trying methods and palettes. It’s not too bad, but there’s still work to be done with it. There are some obvious artefacts on steep cliffs and the textures need improving.

The final piece of the puzzle is a shader. I’ve scratched the surface of Unity’s shader-graph. Ideally I’d like something bright and cel-shaded, I feel that’s the best way to present more simple textures and I’d be more than happy with a look like Breath of the Wild or Furi. In fact it was the landscapes of Furi that I was aiming for.

Unfortunately I’ve been unable to find an out of the box shader that will work with Unity Terrain so I’ve not been able to test it yet. However if I assert my dominance over shader graph I should be able to overcome this issue.